during this 3-month group coaching mastermind with Dr. Steph Dorworth

What if I told you that you don't have to diet another day in your life (if you don't want to)?

What if I told you that your metabolism doesn't have to slow down as you age?

What if I told you that you could take back control of your eating and tackle emotional eating?

As children and teens, we got to eat what we wanted when we wanted. But at some point once we neared adulthood, diet culture began filling our minds with toxic information that would slow down our metabolisms, create fear around eating, and take the pleasure out of eating. 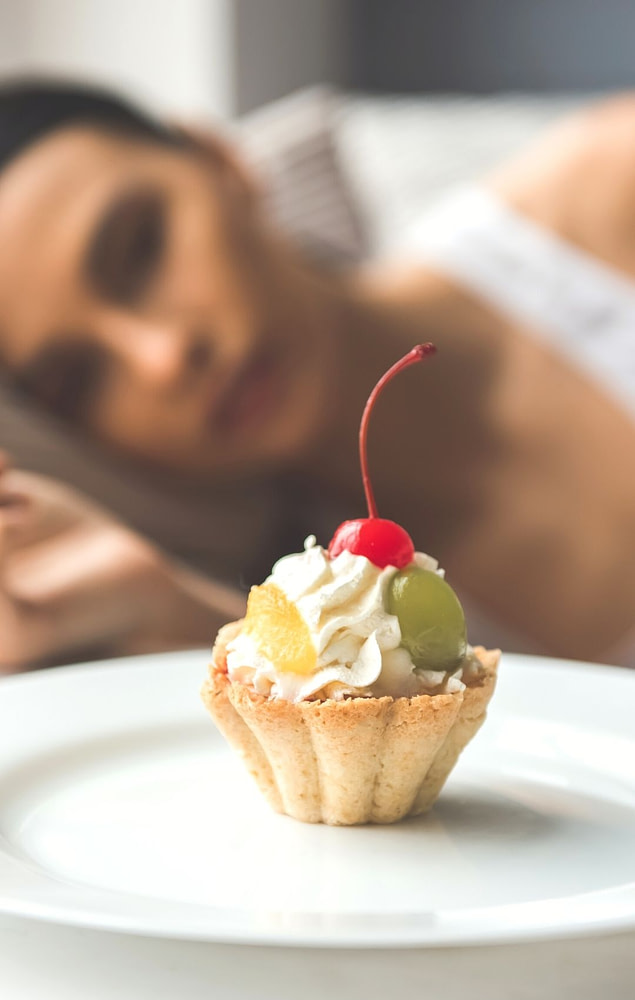 Over the years that follow, you try every diet under the sun and every single time you fail.

But the truth is... it's not you that failed. It's diet culture that is failing you by requiring you to restrict rEsTrIct RESTRICT so darn much that it's impossible to stick to! So cravings rise and you eventually give in to an over-eating session - which leaves you feeling worse than before.

This was not the plan - you were trying to eat "better" - not over-eat, right?!

Instead of seeing the progress you wanted, you begin to feel like a failure, lose confidence in your eating abilities, damage your metabolism, and lose trust in your body.

Because you're eating is all out of whack, you gain weight, can't sleep, stress spikes, experience digestion issues, develop food sensitivities, and your hormones become imbalanced.

What if you could...

Heal your relationship with food

Make peace with food again and see it as nourishment instead of "good" or "bad". Be able to eat the foods you enjoy, even foods you've cut out in the past.

Learn to trust your body again so your eating can be guided by your hunger and satiety cues instead of emotions, stress, or anger.

Begin eating enough to fuel you instead of starving yourself so you can heal your metabolism. Prioritize your overall health over hitting a certain number on the scale.

While I was growing up, I was always active in sports which kept me fit. However, when I went away to college I shifted all my focus to my studies. As a result, I gained the freshman 10-15lb and no longer felt like the athlete I was. So I turned to starving myself and running off the few calories I was eating.

I was tracking my macros, had cut out most carbs, and was consuming under 1,000 Calories a day - even while being active. Sure I lost the weight, but my body was breaking down. I lost my period, clumps of hair fell out in the shower, I couldn't go to the bathroom very often, and I had brain fog.

Fast forward to 2014 when I decided to try something new out - not tracking my food. I ate similar foods as before, but began eyeballing my portions instead of weighing them. Then eventually I began introducing those carbs I was fearful of back in. And down the line, I was becoming more in tune with honoring my hunger cues.

You see, tracking macros is a great skill to have and it improves your awareness of how much you're consuming. But some of us take it to an extreme and become obsessed.

I now believe that there's a time and a place for tracking macros.

And there's a time and a place for eating mindfully / intuitively. with the Macros to Mindful Mastermind

In this group coaching mastermind, you'll have weekly lessons: learn the 8 steps to transition from tracking macros to eating mindfully plus learn the mindful & intuitive eating principles. As you hear stories & input from other women in the mastermind, you'll realize you're not alone in your negative dieting experiences.

Sure you could read a book about intuitive eating, but will you actually follow through with the inner work, the mindset shifts, and the journaling required to actually trust the process? As a group, we will share and support each other through this challenging shift from diet culture to food freedom.

Each weekly call will include a practical homework assignment to motivate you to implement what you've learned during our lessons and discussions. This is where the magic truly happens. Anyone can learn about intuitive eating, but until you put it to practice you have no idea. 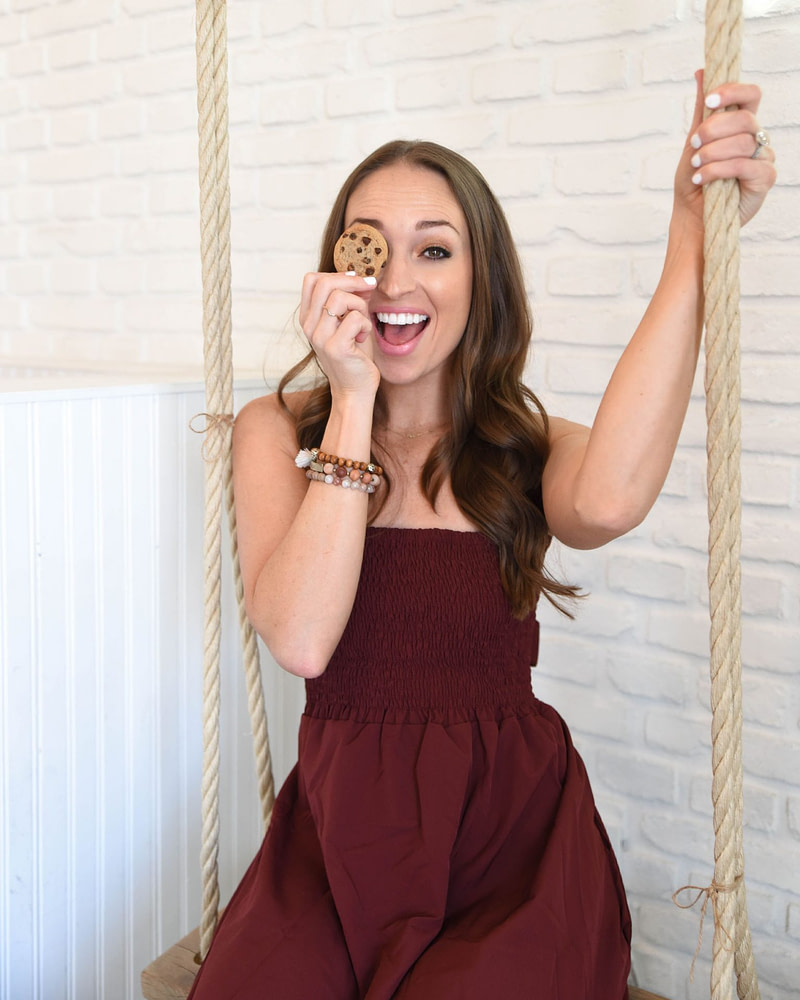 the Macros to Mindful mastermind When You Enroll Today Here's What You Get

HURRY, THE PRICE GOES UP SOON!! 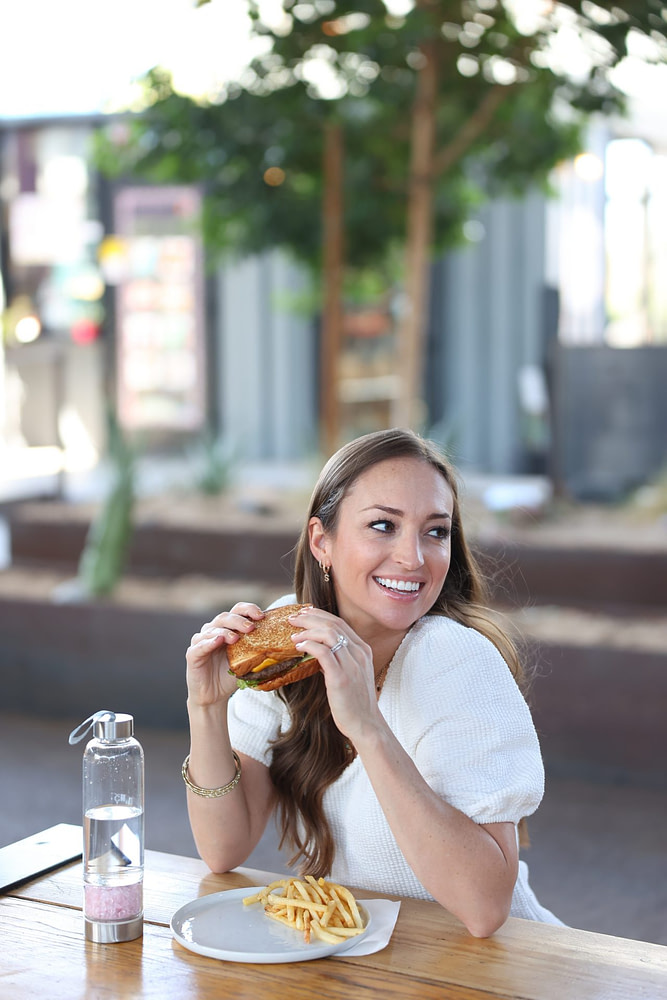 This Mastermind is for you...

if you're spending an enormous amount of time worrying about food, feel guilty after eating, avoiding social outings that revolve around food, on a restricting<>binging cycle, or fearful of eating.

If you resonate with any of those feeling, then you're not alone. Many women just like yourself have fallen victim to diet culture and have developed an unhealthy relationship with food. I've been there...I know how it feels which is why I'm here to support women like you!

Ladies, let's throw those lists of foods off limits out the window! Let's allow ourselves to freakin' eat! You have permission to eat the burger, the fries, the cookies, or whatever your heart desires. And I'll teach you how to do so with control, trust, and confidence. It's time to re-program your thoughts about food and restore that freedom with food that you once had as a child.

Note: this is not a program that prescribes you macros or a meal plan. This is about learning how to eat intuitively and mindfully which involves listening to your hunger cues instead of following a written plan.

Beginning this program has required some directions that feel counter-intuitive to what mainstream media has historically drilled into women about how it's done. Things like eating ~2,000 Calories a day and no cardio. Prior to beginning this program, I would've taken reactionary measures to these ideas, given in to a binge, or taken a long break from monitoring nutrition. Trusting your expertise and process has made it a lot easier!

I've learned a lot and now feel confident eating intuitively (plus paying attention to maximizing high quality foods)! Thanks so much for your support along the way.

If you’re tired of diet after diet screwing with your metabolism, this mastermind can help.

If you’re looking for a way to eat intuitively long-term while repairing your metabolism, this mastermind has got your back.

If you consider your relationship with food to be poor (i.e. you obsess over it, you feel guilty eating certain foods, you can't control how much you eat) then this mastermind is perfect for you.

Got Questions? I've Got Answers.

Do you offer refunds?

No, this is a personalized group coaching program - not a product you can return.

Is this course for women only?

Yes, this specific mastermind is for women only so that it's a safe, female-only environment for our video discussions which will get very personal and in-depth.

Do I have to be tracking macros currently?

No, that is not required. Some people who join will have a history of tracking macros, but it is not a requirement. The only requirements are that you join with an open mind, are willing to learn about intuitive eating, and do not currently struggle with an eating disorder.

I'm a little tight on cash at the moment. Is there a payment plan option?

You can either pay upfront (best value) or make three monthly payments (most flexible).

How long is this mastermind?

This is a three month mastermind in which you're encouraged to attend all the weekly Zoom calls. To get the most out of the course it is best to stay up-to-date with the call each week. But if you do miss a week, you will have access to the recordings for life!

How often do you run the mastermind?

Will this help me lose weight?

No, this mastermind teaches you something even better. Instead of constantly obsessing over your scale weight, prioritize your overall heath. Make daily decisions that respect your body and your long-term health. Some of you may lose weight, some maintain, and some may gain - that's not what this mastermind is about. It's about improving your metabolism, your hormonal balance, your sleep, your stress, your mindset, your mood, your body image, your daily habits, and your overall well-being.

What if I'm struggling with an eating disorder?

If you've been diagnosed with an eating disorder or know you're struggling with one, intuitive eating is not necessarily for you. The best course of action would be to see your Doctor and schedule an appointment with a dietician who specializes in helping people recover from eating disorders.

How many people are allowed in the mastermind?

the group for this mastermind is kept small and intimate so that every single member feels heard, respected, and gets the attention they need to succeed with intuitive eating.

Who is this mastermind not for?

Men, anyone with an eating disorder, anyone wanting a quick fix / detox, and anyone wanting to only lose weight. Also, this is not a program that prescribed you macros or a meal plan. This is about learning how to eat intuitively and mindfully which involves listening to your hunger cues instead of following a written plan.

What if I need more help after the 3 months is up?

Dr. Steph offers 1-on-1 coaching for training and/or nutrition so you can continue to work with her on a more personal level afterwards.

Contact my team directly at info@stephdorworth.com. We’ll get back to you ASAP! Let go of old eating habits and thought processes that are holding you back!

Did I mention that...