From PT to Freelancer| My Story 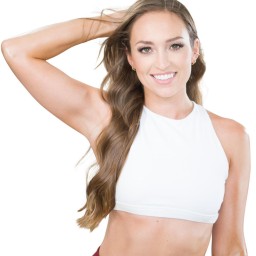 Navigate to where you want to go:

Chapter There: Journey to Become a Freelancer Picture a young brunette girl with her outfit perfectly curated, her hair perfectly straightened, and her arms crossed. A girl who sat in the front of the elementary school classroom, was always the first one to finish any assignment, but never raised her hand once to speak up. She got straight A’s, never missed a homework assignment, and did exactly as she was told.

To share an example of how I was willing to do whatever I was told I’ll share an experience I had one day in sixth grade. I believe we were reading To Kill a Mockingbird and we were taking turns reading a page out loud during class. When it came my turn, of course my hands were sweating, my voice cracked, and my head was spinning. Speaking out loud always got me nervous. Just seconds later, that anxiety was about to triple! I was reading a line that included the n word and I skipped over that word and kept going. My teacher immediately stopped me and asked why. I went on to explain that I don’t use cuss words. Yet she convinced me that it was acceptable to say that when in literature and ask me to read that line again. Reluctantly, I went into immediate “do as you’re told” mode and I read the page using the n word. My heart was racing, my anxiety was through the roof, and I felt like an awful human being. But I was raised to do as I was told, no questions asked, no standing up for yourself. So I went into that automatic mode of doing what the person in charge said I had to do. And later that night when I got home from school, I curled up into a ball and cried my eyes out. It wasn’t until the following day at school that I saw that teacher again and she apologized to me, recognizing her faults. But by that point the damage was done.

Who I was as a child was a timid girl afraid to speak up, afraid to go against the grain, and afraid to do anything except what she was told. Even into my teenage years, I was raised to be a perfectionist with a people pleasing attitude. I did whatever my parents or the church told me to do. I suppressed my natural curiosity for life and innate rebellious spirit in order to be the perfect daughter and child of God. As I got older and went away to college, I continued to do as I was told. “Stephanie, don’t pursue starting your own wedding planning business. You need to go to college and get a degree.” So that’s what I did. I worked by butt off to get into UF and from there went on to PT school in FL. As I said, I don’t want to bore you with the superficial titles, but to make a point, I always went above and beyond in what I did as the perfectionist I am. A bachelors wasn’t enough, let’s also get a minor. A Doctorate isn’t enough, let’s also get 4-5 additional certifications in therapy, needling, nutrition, strength, and pilates. The education system engrains it into our heads that the more schooling we get, the better. So I succumbed to that and followed the crowd, always making sure I was one step ahead though.

Finally, in 2012 I took a leap of faith and moved across the country from FL to AZ to start a life with my boyfriend and now husband Zach. I got a job for a PT company where I worked for seven years. And here’s what I learned. Those same fears and anxieties from childhood resurfaced. Feeling the need to do what I was told and never stand up for myself and what could be a more efficient system. It didn’t feel good to once again be controlled by someone else - whether that be a boss, a larger corporation, or insurance companies. Don’t get me wrong - I loved the work I did. I got to help thousands of patients recover from injuries and take back freedom with their lives painfree! It was the backend of things that frustrated me. “Stephanie you need to bill more for each appointment, Stephanie you need to attend these required meetings, Stephanie you need to start working on Saturdays, Stephanie you need to run your clinic without an assistant today. As a woman who is extremely fast and efficient at everything I do, working for someone else felt ineffective. So much time was wasted on silly things, so many things were done for show, and so many times I felt unsupported. 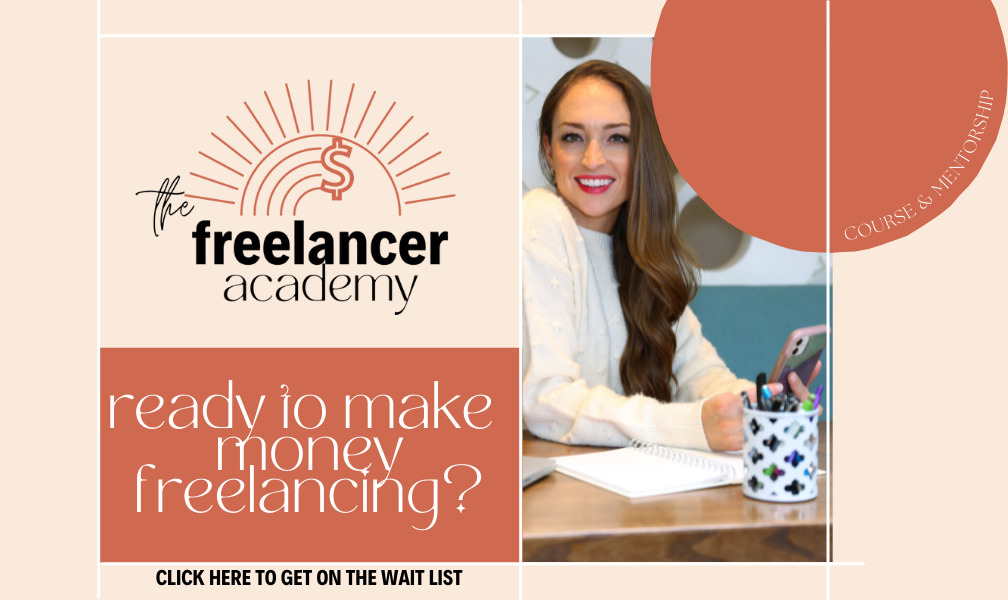 Did I ever express these frustrations to management? No, absolutely not. I smiled and nodded as I was raised to do. I did as I was told. Just like the sixth grader me said the n word as she was told even though she didn’t want to, I did what corporate told me to do. Because I was trapped in the corporate business world.

Don’t get me wrong, I loved PT and I am so grateful for that period of my life and especially the person who hired me on as he did so much for my career and my financial future. Incredible. But working for a corporation was not for me - period. That became very clear.

I’d get home from work every night frustrated, stressed, and unhappy. And my husband could sense it. So I did what I felt called to do - retire early.

At the time, I had started a side hustle freelancing on a website called Fiverr.com. I was creating video workouts and exercise pictures for small businesses and had started to make a decent amount. So I took a leap of faith, quit my PT job, and pursued freelancing plus working for a fitness mentor on the side. That was a mistake as I was once again reminded that even though this is a smaller fitness business, I’m still working for someone else that doesn’t appreciate my efforts, doesn’t want to evolve or listen to feedback, and micromanages everything. I felt trapped, caged in, and anxious again.

And once again, the lesson became even more apparent to me - I was born to work for myself and not for anyone else. I was born with an entrepreneurial spirit and it was time to set her free. It was time to unlatch the lock on the cage, slide open the door, and let her fly! 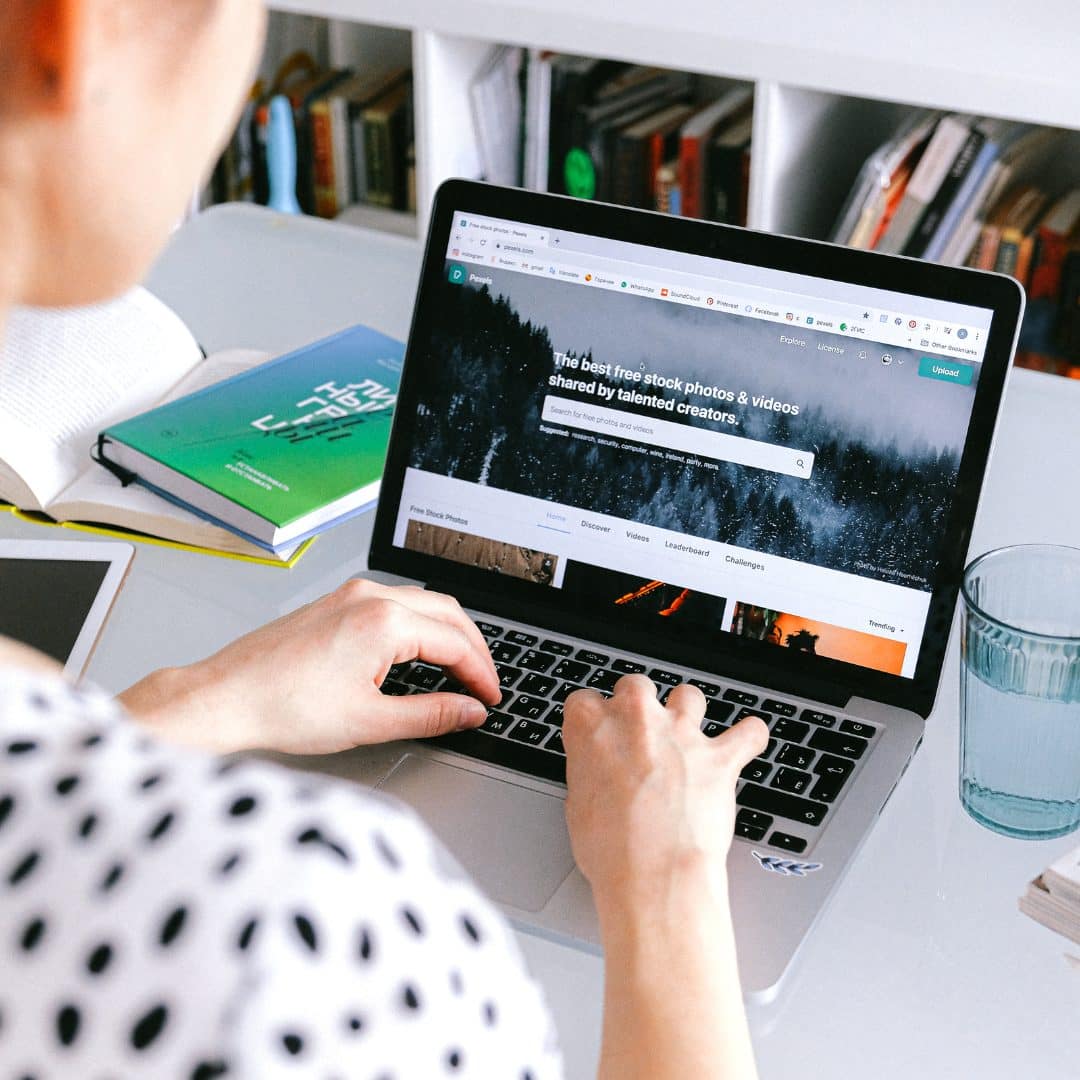 From 2020-2022 I worked full time as a self employed online health coach and built my own business from the ground up. It lit me up, excited me, and fulfilled my dreams to have my own business. A business I could run efficiently, be creative with, and allow to evolve over time without external control from someone else. Teaching women to build healthy habits and focus on their long term sustainable health was so satisfying and brought me so much happiness.

And on the side as my side hustle, I continued to build my freelancing business. With the pandemic, business exploded as more and more small businesses needed videos for their home exercise equipment, their physical therapy patients, or their youtube channels. So I went into full on creation mode and built a consistent 30k/yr side hustle income!

As my freelancing business grew, a spiritual shift inside of me started. In January 2020 I let go of the two people who molded me the most while growing up - my parents. They were toxic and caused a resurgence of my panic attacks, anxiety, and fearfulness so I knew I needed to let them go in order to focus on me again. You’d think it would be the hardest decision of my life to let them go, but it actually wasn’t. It was 100% clearly a necessity to release them otherwise I would have been sacrificing myself, my marriage, and my happiness. I let them go and since then I’ve had a rebirth as I began to dive deep into who I was. For the first time in my life, I could be who I wanted to be. Who I was born to be. My self discovery journey began and I fell in love with manifestations, astrology, Human Design, the laws of attraction, and self love. Over the next few months I evolved into the woman I’ve always wanted to be - who I was born to be before I was conditioned to live differently by the way I was raised.

For the first time in my life, I was a 35 year old woman who felt truly and deeply loving of herself, her body, her mind, and her soul. One weekend in Sedona while at a retreat I literally let go of the past me that was fearful of disappointing others and fearful of what other people thought of me. I was afraid to do the creek cold plunge, but I pushed fear aside and said let's do this. I did it and it was a moment I’ll remember forever. The timid, people pleasing, perfectionist Stephanie sat down on those creek pebbles and slowly dipped under while being guided in breathwork. I inhaled tranquility and freedom and exhaled fear and anxiety. I washed that girl away in the creek and walked out of that creek the woman I am today - Stephanie Taylor. I walked away from that trip lighter and more alive than ever. And every day that has followed has been a daily journey of expansion - expansion in who I am, what I do, and who I help. 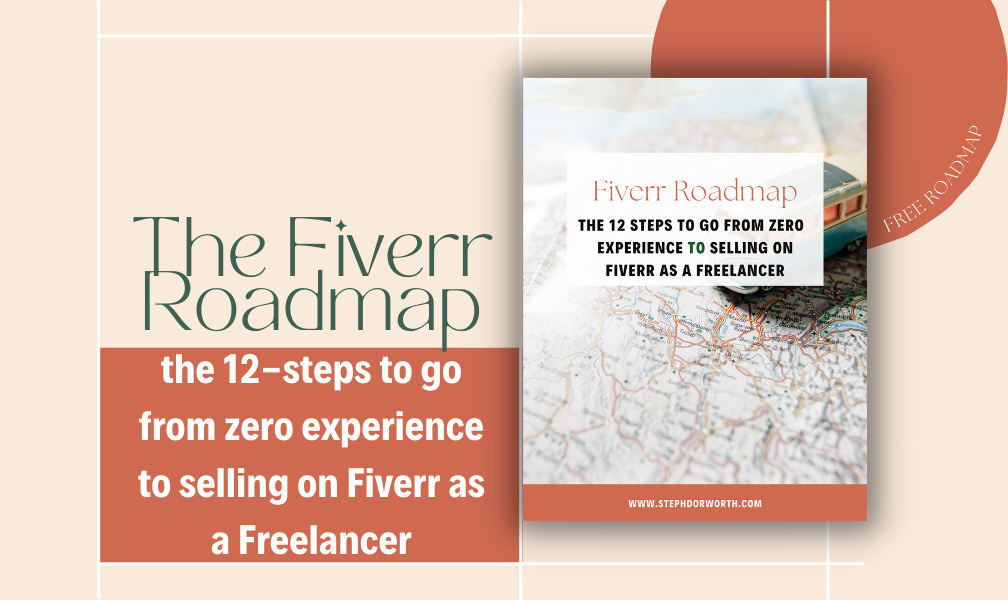 Since then I’ve felt things brewing within me for change. I’ve felt a calling to share this newfound freedom I felt in a new way.

One that I have felt a calling to teach for years now, but wasn’t sure when the right time was. I think I was waiting for a sign or something to know it was the right time to make this shift and pivot.

Ultimately it’s my Human Design chart that confirmed my purpose and path. I’ll share more about that in my next video so stay tuned.

When I ask myself, what’s the biggest transformation of your life been? It’s been the transformation to freedom - a life free of being controlled. The most beautiful transformation I’ve made is now being able to say with 100% confidence that I have location, time, and financial freedom and it’s all I’ve ever wanted! Success to me means getting to help as many people as possible while living the life of my dreams.

I’ve known in my gut since early 2020 that I was meant to teach starting your own business and working for yourself. But I needed to give myself time to experiment with other passions, coach more women, and build up the confidence in my own business that I needed.

Which leads me to where I am today. I am a self-employed small business owner with a thriving freelancing business who is finally ready to share about it!

What will I be teaching moving forward? Starting your own freelancing. Freelancing is the #1 reason why I am able to live the life of my dreams. I am the most at peace, most happy, and most free woman I’ve ever been thanks to my decision to be a freelancer.  More to come on this new venture. Stay tuned! 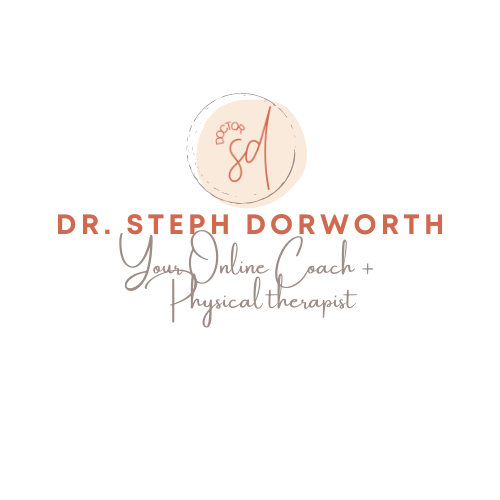 No it’s not having money to invest upfront… it

The moment I realized I had to leave the corporate

How to Get More Tips as a Freelancer

How to avoid fraud on Fiverr

Doctor of Physical therapy and Online Training & Nutrition Coach with a passion for teaching men and women how to train despite injury. 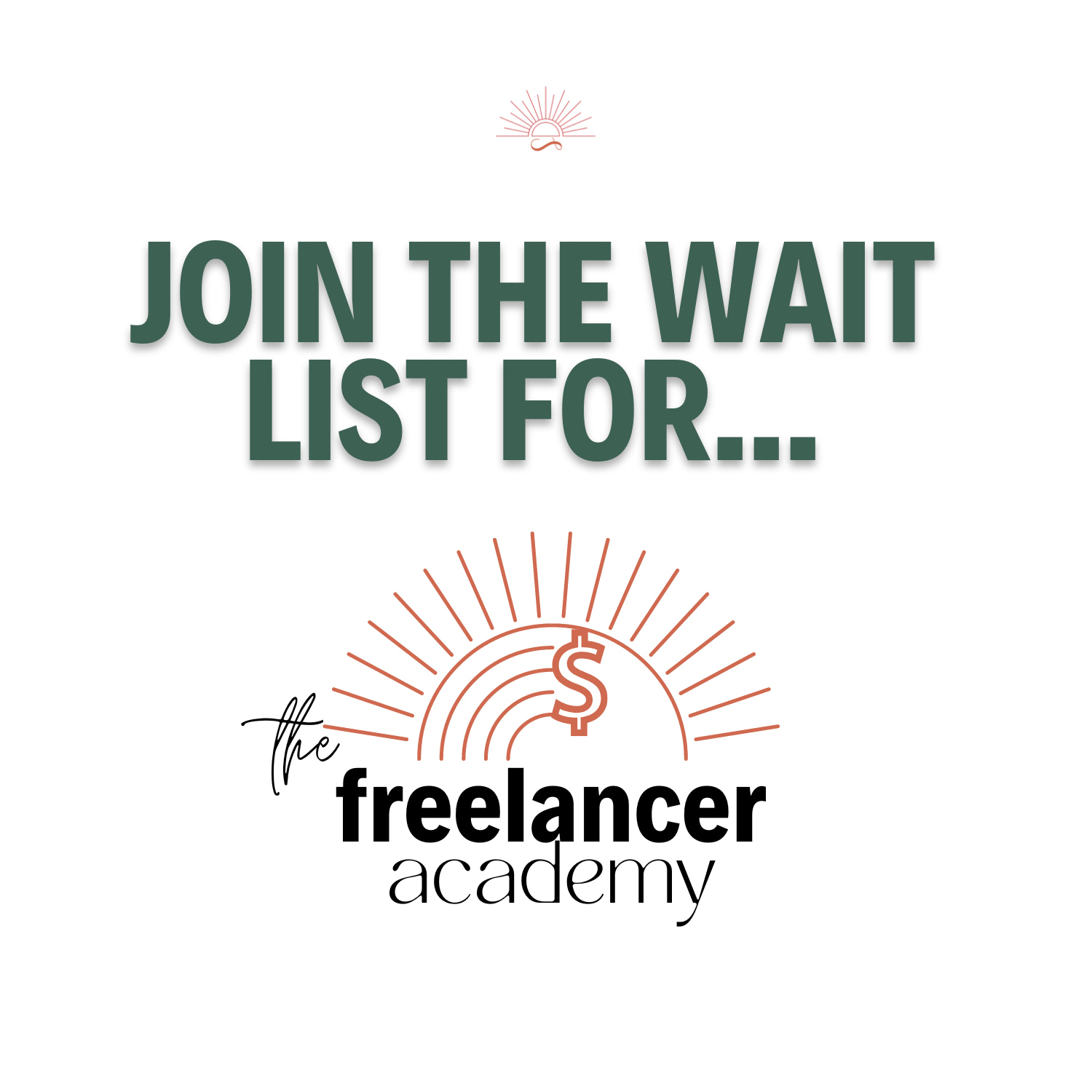 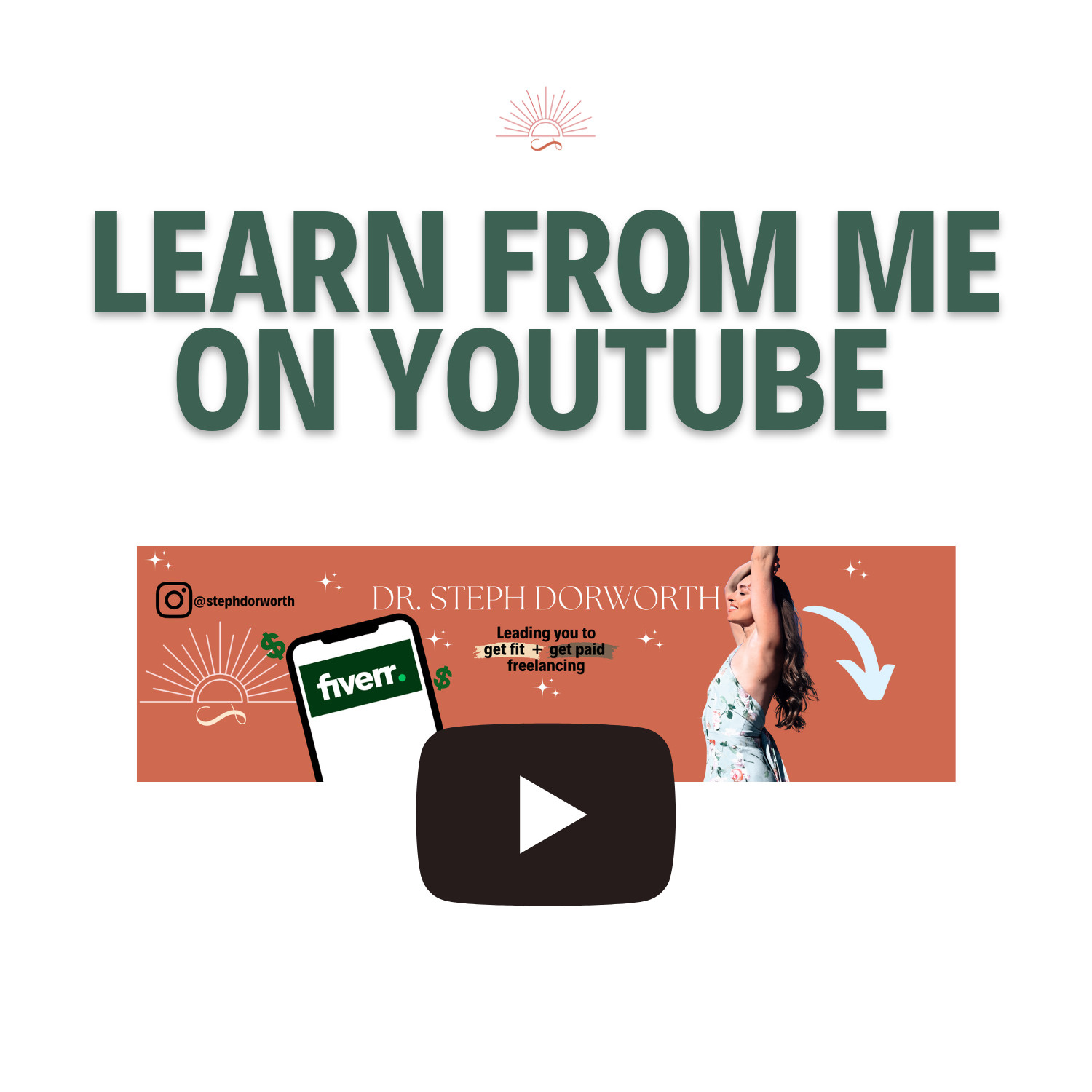 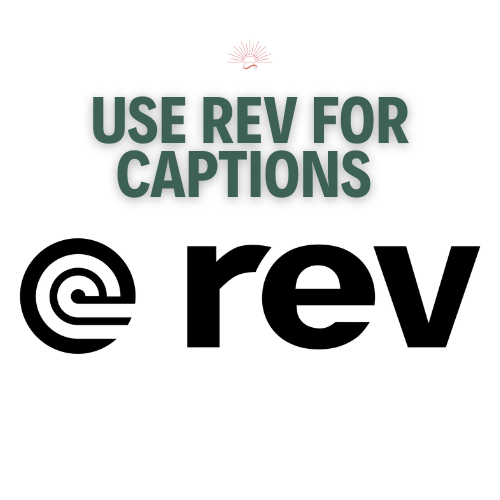 How to Get More Tips as a Freelancer

How to avoid fraud on Fiverr

FREE 12-Step Roadmap to go from zero experience to selling on Fiverr as a freelancer.